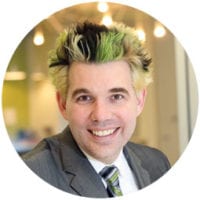 A dairy farmer’s wife was driving down the 401 towards Toronto, when a number of weeks early, the stabbing pain she thought were false labour pains turned out to be real labour. She gritted her teeth to finish her seed pickup and get back to the farm, but finally stopped at the side of the highway on the 401 in Toronto, unable to continue. As a result, Sean Stephens was unexpectedly born at North York General hospital in September 1974.

For the first six years of life, Sean grew up on the dairy farm in the small town of Warkworth, Ontario. His mother, an artist and teacher, and his father, a musician and philosopher, had thrown in their lot to run the family dairy farm, while on the side building log houses and engaging in various entrepreneurial and artistic activities.

In the early 80s, when interest rates changed suddenly due to recessionary misfortune, the entire nuclear family of aunts, uncles and previous generations were all thrown into bankruptcy. Sean’s parents lost the farm, and were left homeless. In the ensuing chaos, Sean’s parents then moved to Vancouver to pursue their fortune and for Sean’s father to attend seminary. From there, the family (Sean, his parents and two sisters) moved to Portugal to learn a new language, and then on to the depths of Africa to begin life as missionaries.

The first stop was Angola, smack bang into the throes of the Angolan Civil War. The family joined a small mission hospital in Kaluqembe, which catered to both the government and rebel troops – whoever needed healing from the horrors of war. Sean’s parents lived in an old, two-storey plantation-style house on a main road into town, right beside a leprosarium. There was a strict curfew and limit on travel, punctuated by the lack of electricity, lack of food and the strange animals and beasts of the depths of Africa – rats the size of dogs and green mambas living under the front porch. Sean was effectively home schooled, though he was often able to complete his schooling requirements before breakfast and was able to spend his days climbing exotic fruit trees and playing with outlandishly sized insects. He still vividly remembers dropping to the ground on the soccer pitch while children scattered from bullets whizzing overhead from drunken soldiers.

The war in Angola reached a fevered pitch, and Sean’s parents fled the country. After returning to Canada, they found a new home in Harare, Zimbabwe and returned again to Africa. Here Sean attended an old-school British private school, run by ex-military Boers and crisp, regimented authoritarianism. Sean looks back to the harsh schooling environment, where corporal punishment reigned supreme (from beating children with cricket bats and forcing them to pretend they were chickens in front of the other children), to the unfathomable experiences of rigid Imperialist school. He remembers, for example, being left in the true African jungle for a night with nothing but a can of sardines and a compass and told to find his way back in the morning – at age 11. Or being forced to run daily for miles on courses labelled “Papa Guts” and “Moma Guts” after the number of children who were physically overcome by exhaustion and forced to run until being ill.

Zimbabwe, however, (at that time), was a success story for Africa at the time. The city of Harare was beautiful, and Sean’s parent’s enjoyed relative luxury – with various house staff, cooks, cleaners, security guards and chauffeurs, it was a relatively safe and prosperous. During this period as well, Sean’s parents used their new-found success to circumnavigate the globe. Sean’s family travelled around the world (literally), visiting countries throughout Europe, Africa, Asia and both Americas. Before Sean was tall enough to drive he had visited over 50 countries.

With the contract finished in Zimbabwe, Sean’s parents tried to seek new work in Brazil, but ended up in Winnipeg. Sean’s mother returned to school while Sean shifted cultures completely into Canadian High School in Winnipeg. Kelvin High School in Winnipeg – the same High School graduated by Neil Young years before – was an abrupt shift from the authoritarian school of Africa. Sean became engrossed in music and acting – eventually joining a professional Shakespearian acting troupe and pursued a myriad of other hobbies in an attempt to adjust – from water polo to chess.

Sean made his way to Calgary, where he attended BLTS, a Baptist Bible college. In a short, immersive program, he received a college diploma in Religious Studies. Church friends gave him a place to stay and he enrolled and attended a year at University of Calgary, with the intent of going into Medical School. During the evenings he worked at a Calgary organization for the less fortunate and homeless.

During this period, Sean also tripped into summer work as a treeplanter in Northern Alberta. Due to a logistical mistake (the assumption that he was of legal age due to having a college diploma), he started a career as a treeplanter, at age 17. The first year he ended up on the “rejects” crew, a crew which included escaped convicts, fleeing drug dealers, deadheads, paratrooper deserters and himself, and was sent by helicopter far north of Fort McMurray to live in a makeshift camp. Quite at home in the inhospitable environment, Sean was able to generate significant revenue in a short period of time, which largely paid for his education and travels. He spent the next 7 years of summers travelling throughout British Columbia and Alberta as a treeplanter, where he won a number of awards for “Treeplanter of the Year”, and held (for a short time) a record for most trees planted in a day (5350). During these summers he planted over 500,000 trees.

Sean also engaged in a number of other activities during this period: gourmet mushroom picking on the Queen Charlotte Islands, scuba diving throughout the Canada (later the world) and climbing a number of mountains with a group of hardcore climbers (earning him first ascents on several unknown mountains in British Columbia). After one year of University, he decided that Medicine was not his calling, and decided to take a year off to travel the world. He moved initially to London, England, where he busked and roadied for a local band (a friend from High School) for a short period, then on to Africa to live with his parents. He had a number of interesting and diverse jobs during this period – from driving an ambulance for an orphanage in Mozambique to writing and recording radio shows in Zimbabwe. Most notably, a long, hostile trip across Southern Africa and deep into war-torn Angola resolved him to become a journalist and open up the misconceptions of the world to the world.

Hence, he applied and got into Carleton University in Ottawa. He moved to Carleton, and while there quickly learned that journalism was a specific trade, not a place for idealistic young thinkers. He instead finished a degree in English and then a second degree in Political Science (with a focus on emerging Internet issues).

Obviously, upon graduation, he then decided to be a professional musician. He dedicated himself for a period to the improvement of his song-writing and guitar-playing skills, and began to tour and record folk-rock-reggae music. To date he has made six CDs, four of which made it to top 10 on college radio stations. He played bars and cafes across Canada (mainly in the Toronto area), played radio and television stations, headlined festivals in front of tens of thousands of people, and spent extraordinary time in recording production. Unfortunately, however, this was done during the collapse of the music industry during the late 90s, and dozens of songs were left on the cutting table.

The music chapter didn’t close, but was paused for financial recovery.

The Switch to Web

During this period as a musician, to make ends meet, Sean started work as a computer repair technician. This computer knowledge, compounded by learnings from friends at University who had discovered and were playing with the Internet in the early 90s (Sean got addicted to a MUD during University – the precursor to social media before the advent of the World Wide Web), led Sean to get government funding to start an art gallery online during the early days of the .com era. Whipoorwill House Online boasted thousands of Canadian artists and paintings, but failed to be profitable.

Out of the blue, a phone call from an acquaintance led Sean to sit down at a table with the owner of Treefrog Interactive, where he threw in his lot to join two others to start a .com and multimedia web company under the name Treefrog.

During the early days of the web, new technologies were changing daily and very few people had the experience or technology to build websites. Through literally drawing straws, Sean was voted the computer programmer at Treefrog. Sean then immersed himself in the understanding of computer programming, into (again, by drawing straws) the programming language of Lasso. He spent years in the basement of Treefrog learning web technologies as they daily evolved, building hundreds of websites and systems and running servers, databases and various programming languages.

Sean spent many years with Treefrog building and deploying online businesses. Through many failures (and a few remarkable successes), the entity of Treefrog gradually shifted from .com building to become a service company. During this time, Sean had innovated several systems which ran thousands of websites – the core one being Ocularis™ which later became LEAP™.

Sean spent countless hours learning and innovating with web technologies as the web developed. He travelled from Japan to Mozambique, from Africa to Inuvik, building and supporting websites and website technologies. He became a frequently quoted in periodicals and published many articles on web technologies in print and on the web.

During this period, he was the lead developer on projects for Air Canada, Universities and colleges around Canada, schools, businesses and politicians alike. His code became responsible for billions of dollars in revenue on a daily basis.

Treefrog began to grow, and Sean’s focus shifted from the tactical component of programming to the running of the Treefrog business. From the humble beginnings of the stereotypical start in a basement with two people, Treefrog has grown exponentially. Under his lead, the company has won many awards for growth and innovation, from the Bell Technology Award (for his programming in LEAP™) to several Business of the Year awards in Newmarket and Aurora. Treefrog has grown into a multi-million dollar web services company with a series of products and support mechanisms, running thousands of websites and helping brands throughout the world.

Treefrog has continued to grow in double digits year over year since he took the lead in 2001. Recently, Sean also purchased the rights to the Lasso programming language (his programming language of choice) under a new company name, LassoSoft Inc. This language, once part of the Apple product line, had fallen victim to poor management and business practices and now also experiencing exponential rise once again.

Sean is also an owner and investor in a number of other web businesses, and continues to invest in various initiatives across the world. Through his lead, Treefrog is an active international actor, helping not-for-profits locally and internationally with complex and simple web related technologies.