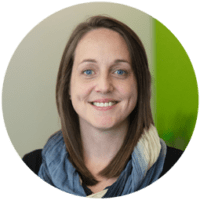 Born and raised in Ottawa, Kasia’s foray into design began with a travel throughout her youth and an awareness of other cultures, colours, patterns and motifs. She was exposed to various arts disciplines while attending the Triple Credit Dramatic Arts Program at Canterbury Arts High School in Ottawa. Gaining confidence, self-determination and a desire to push her cultural curiosity, she then chose to attend Carleton University for an honours degree in Classics, Religion & Humanities; studying art history, ancient archaeology, Greek and Roman literature, ancient and modern religions, and even minoring in psychology. After undergrad, Kasia discovered that her cultural intuition was suited to design by attending the Toronto Film School’s Graphic Design and Interactive Media Program. She graduated top of class and even won the fiercely competitive Capstone Design Competition and her work was paid for by the recipient client. Even before she could finish her program, she was hired freelance and through this, she discovered her natural affinity for creating meaningful and inspiring brand identities. Always her goal to live closer to family and enjoy York Region, Kasia sought out Treefrog because of its shared beliefs, core values, and mandate for innovation.

Kasia is a Provisional RGD member and has a focused interest and speciality in Brand Identity design.