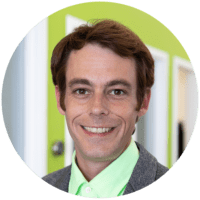 Danny knew he was immensely fascinated by the Internet at 14 years old when he was spending all of his part-time income from McDonald’s on Google Ads. As a student at Humber College studying Computer Networking, he rewrote the web development course to industry standards after completing it on the first day. He taught Unix at Humber after graduation and is currently on the Program Advisory Committee for Computer Networking and Engineering.

His career began at Corus in Toronto as a YTV intern where he grew up. 10 years later, Danny’s focus on the evolution of digital media has brought Canadian kids and lifestyle entertainment to your phone, tablet, PC and TV. His credits include technology and digital strategies for YTV, Disney, Treehouse, Q107, CFNY and AM640. He was awarded a Gemini for Best Cross-Platform Project and Honorary Degree from Humber College.

With a deep passion for understanding digital behaviour, building conversional experiences, and making hard-earned marketing dollars work, he started to purely focus on digital growth. He transformed Weight Watchers international teams throughout Europe and the US while leading the Canadian digital team.

Danny brings over 20 years of digital experience as our Marketing & Sales Director at Treefrog. He’s a proud new resident of Bradford and looking forward to building meaningful relationships with everyone in the communities.

When he’s not on the work court, he’s probably at the bowling alley knocking down some pins or outside enjoying the weather.