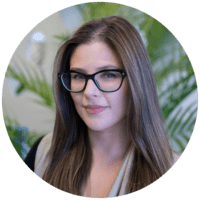 Treefrog’s resident Content and QA Specialist, Alexa, has always had a love for language. No matter the medium, we are always telling stories, so of course, literature is where Alexa started her journey. Her passion for the written word began as a child, with her first encounter with literature in the most unlikely of places – watching The Simpsons’ rendition of Edgar Allan Poe’s The Raven in the animated classic’s first Treehouse of Horror episode. Weird, we know. Forever mesmerized by the musicality in the reading and its imaginative impact, Alexa became fascinated with the way in which words both reveal and hide meaning, as well as the beauty still found in something intended to terrify.

That’s why, be it the words in a book, the words in a script, or even the words in a cereal ad, the importance of why we choose the words we do is never lost on Alexa – the devil is in the details, as the saying goes, and it’s a motto Alexa lives by.

An inquisitive person by nature, as a writer, Alexa’s favourite challenge is tackling any subject matter with dense, complex information and finessing it into something engaging, concise and accessible. From science and tech to current events to film and television, Alexa’s wide range of interests is reflected in the various industries she’s worked in, including publishing, pharmaceuticals, entertainment, news media, and eLearning.

When she’s not arguing in favour of the oxford comma and explaining why Larry David is her spirit animal, Alexa can usually be found catching up on her “must-watch” film list, road-tripping for small-town tales, and basking in the company of best friends and family.