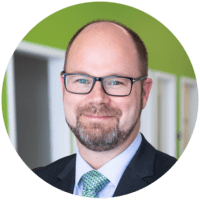 James’ relentless drive and passion for helping others and his ability to see unique opportunities in every situation are perfect traits as he transitions into his new business development role at Treefrog.

James brings with him a wealth of knowledge and business experience that he has acquired from a lifetime of being involved in many different companies.

Born and raised on Cape Breton Island, Nova Scotia, James says the entrepreneurial mindset was instilled in him at a very young age because he grew up around a family of entrepreneurs who have owned and operated dozens of different types of companies in which James worked for and often played a role in either launching or growing.

James studied business and accounting at CBU (Cape Breton University) and then moved on to Halifax, Nova Scotia where he completed the Business Information and Technology program at Nova Scotia Community College (NSCC).

While attending college in Halifax, James was introduced to the corporate world of business when he opened the door of opportunity by taking a job in the Casino Gaming Industry for Sheraton Casino. In total, James spent nearly 15 years’ working in the gaming industry, a career in which he held various managerial positions for some of the world’s largest gaming companies and a career that enabled him to travel to five continents and 45 countries. In 2005, James decided to settle down and has been proud to call Newmarket his home ever since. In 2012, James stepped away from the gaming industry and turned his efforts to hardware development for several technology companies.

Most recently in 2016, James co-founded an Internet of Things (IoT) technology company located in Newmarket called Ubiqweus Inc. Incubated by Treefrog, Ubiqweus is comprised of a team of technologists and designers who have successfully developed their first line of Internet-connected sensors called qBiqs.

During the past three years, James has held several roles at Treefrog such as the Lead Hardware Manager and IoT Specialist. James has consulted with many of Treefrog’s clients and early-stage companies about the potential opportunities of using new technologies within their businesses. James thrives on helping companies implement digital strategies and helping them to overcome the challenges they face when launching or growing a company.

In his free time, James’ passion for innovation and technology can often be seen on display as he is an active member and volunteer within the York Region and Toronto Startup Ecosystem. James’ expertise and experience makes him a valued member of the community as he often mentors students and startups on a wide range of topics including, IoT, crowdfunding, product development, and electronics manufacturing.

James is currently a sitting member of the Board of Directors for the Newmarket Chamber of Commerce and is also an active member of the Chamber’s Advocacy Committee. James is a proud supporter and community volunteer for the Heart and Stroke Foundation, Aurora King Baseball Association (AKBA), and the Lay Pastoral Visiting Committee at Our Lady of Grace Parish.

James enjoys playing golf, baseball, basketball and travelling but his favorite thing to do is to spend quality time with his family. James and his wife Monica and their two children can often be seen taking part in local events and he encourages you to stop by and say hello when you see him out and about in the community.